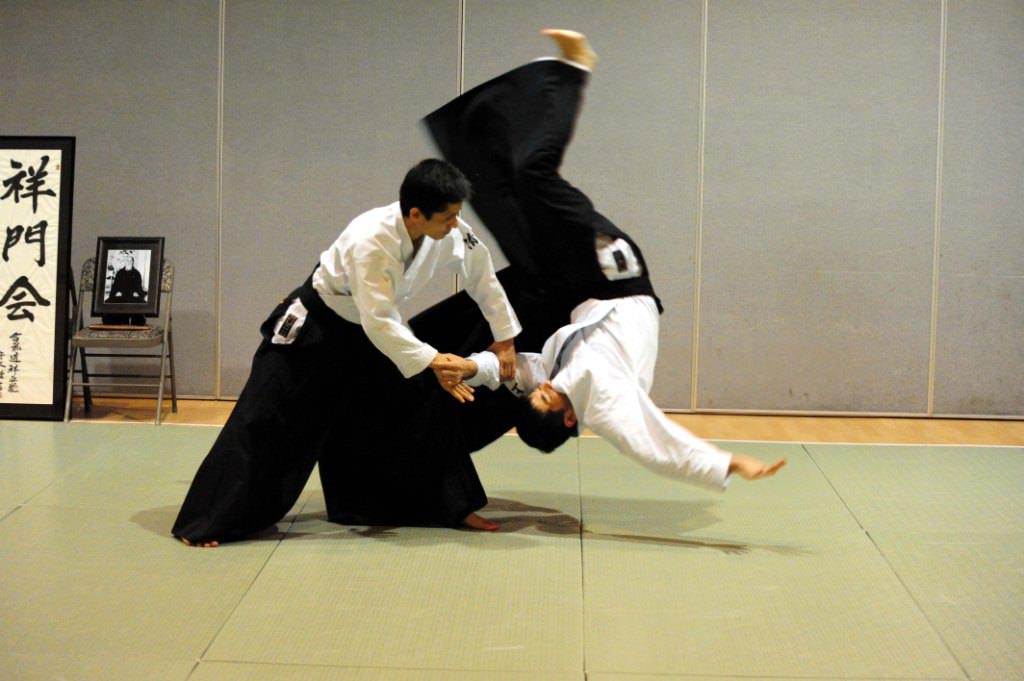 Aikido was created by Morihei Ueshiba (Ueshiba Morihei, 14 December 1883 – 26 April 1969), referred to by some aikido practitioners as Ōsensei (« Great Teacher »). The term ‘aikido’ is a generic term coined in the twentieth century.Ueshiba envisioned aikido not only as the synthesis of his martial training, but as an expression of his personal philosophy of universal peace and reconciliation. During Ueshiba’s lifetime and continuing today, aikido has evolved from the Aiki that Ueshiba studied into a wide variety of expressions by martial artists throughout the world.

Aikido is a Japanese martial art developed by Morihei Ueshiba as a synthesis of his martial studies, philosophy, and religious beliefs. Aikido is often translated as « the Way of unifying with life energy » or as the Way of harmonious spirit.Ueshiba’s goal was to create an art that practitioners could use to defend themselves while also protecting their attacker from injury.

Aikido techniques consist of entering and turning movements that redirect the momentum of an opponent’s attack, and a throw or joint lock that terminates the technique.

Aikido derives mainly from the martial art of Daitō-ryū Aiki-jūjutsu, but began to diverge from it in the late 1920s, partly due to Ueshiba’s involvement with the Ōmoto-kyō religion. Ueshiba’s early students’ documents bear the term aiki-jūjutsu.

Ueshiba’s senior students have different approaches to aikido, depending partly on when they studied with him. Today aikido is found all over the world in a number of styles, with broad ranges of interpretation and emphasis. However, they all share techniques learned from Ueshiba and most have concern for the well-being of the attacker.