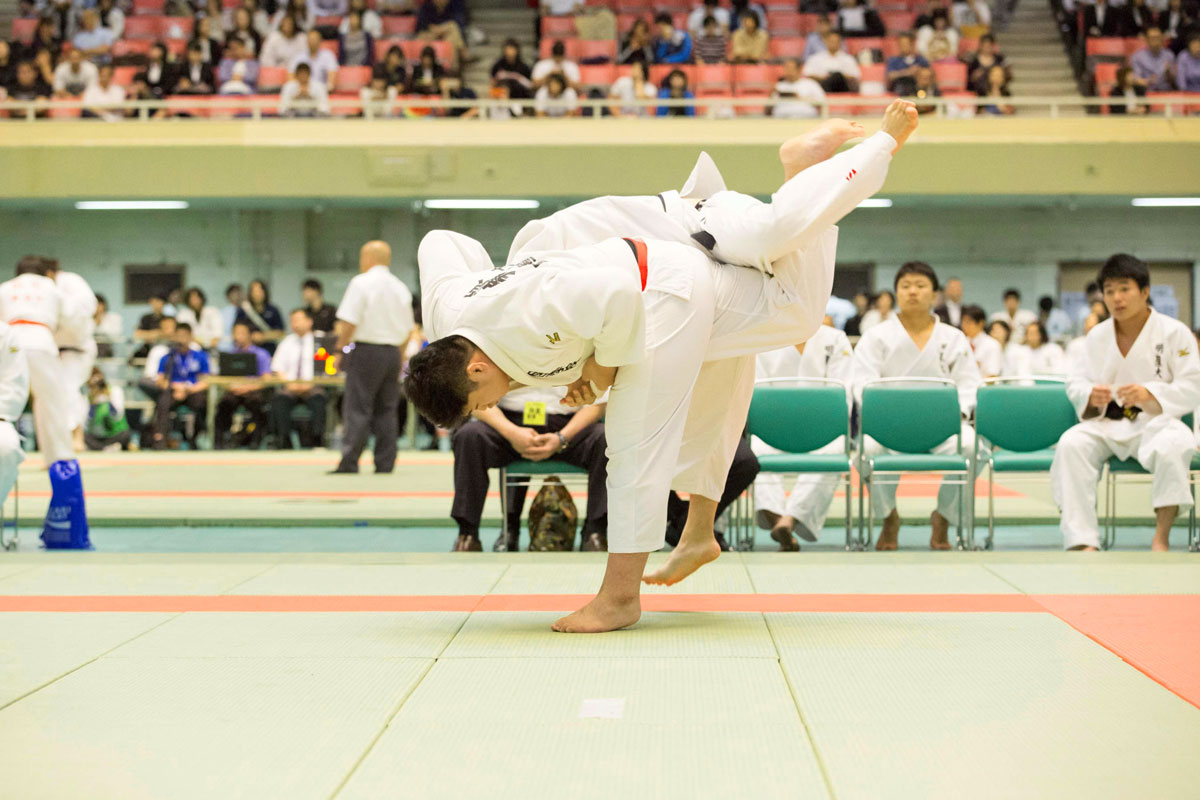 Judo is one of the most famous sports in Japan. Many Japanese had got a gold medal at Olympic game.

About one hundred years ago, Kano Jigoro reshaped traditional martial arts and developed Judo as a sport through the establishment of Kodokan. The key point of Judo is to over whelm an opponent by taking advantage of his strength and weight. Judo can be divided into tow categories, throwing technique and defensive technique.

The color of participant’s belts shows class, category and rank, indicating physical ability. For example, those of the fifth and lowest class wear a white belt; those of the first to fifth rank wear a black belt.

After World War 2, Judo spread everywhere in the world and became an Olympic game. The international Judo federation was founded in 1591 and has 187 member nations and regions.