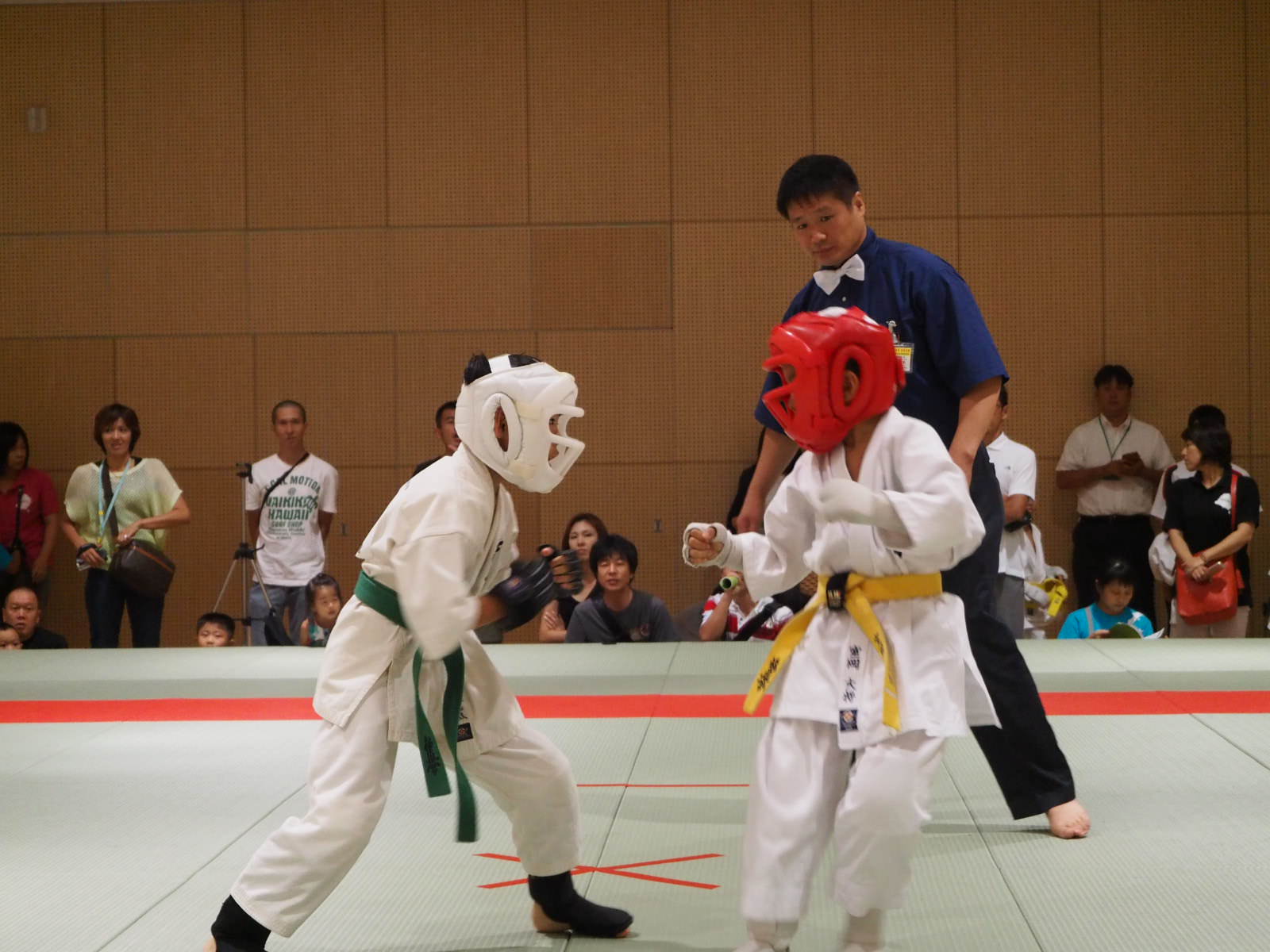 About 20 years ago, the movie- Karate Kids- was popular all over the world.

There are many Karate school surrounding area of Tokyo, Kanagawa and Chiba prefecture. many  kids work out with SENSEI ( Karate master who has license and black belt ). School fee was almost 7,000 yen per month for twice a week. ( 8 times a month).

but not so many children in Japan, our birth rate is 1,43.   Karate school was closed permanently. I know the one of the high ranks Karate sensei, he also closed his karate school, he tired to keep the school and had part time jabot flows shop. but… its pity..

Karate was formed by combining Chinese Kung-fu with Okinawa martial arts and developed as an art of self-defense. One fights not with weapons but with fists, elbows and feet. Basic tactics included the forward fist thrust and defense, kicking, and the backward elbow thrust.

Karate match are of two kinds, sparring match and form competition. Matches against an opponent are scored by launching effective thrusts and kicks, But blows must stop short of hitting the opponent’s body. Kata match are demonstrations of various combination of techniques by one person or group.

Judgment is based on such standards as the accuracy, posture, and spiritedness of techniques displayed. Karate emphasizes not only physical strength but spiritual aspects.