Kendo is familiar for Japanese students, because there is class of Kendo at school.

Kendo is a modern Japanese martial art, which descended from swordsmanship (kenjutsu) and uses bamboo swords (shinai) and protective armour (Bogu). Today, it is widely practiced within Japan and many other nations across the world.Kendo is a physically and mentally challenging activity that combines martial arts practices and values with sport-like strenuous physical activity. 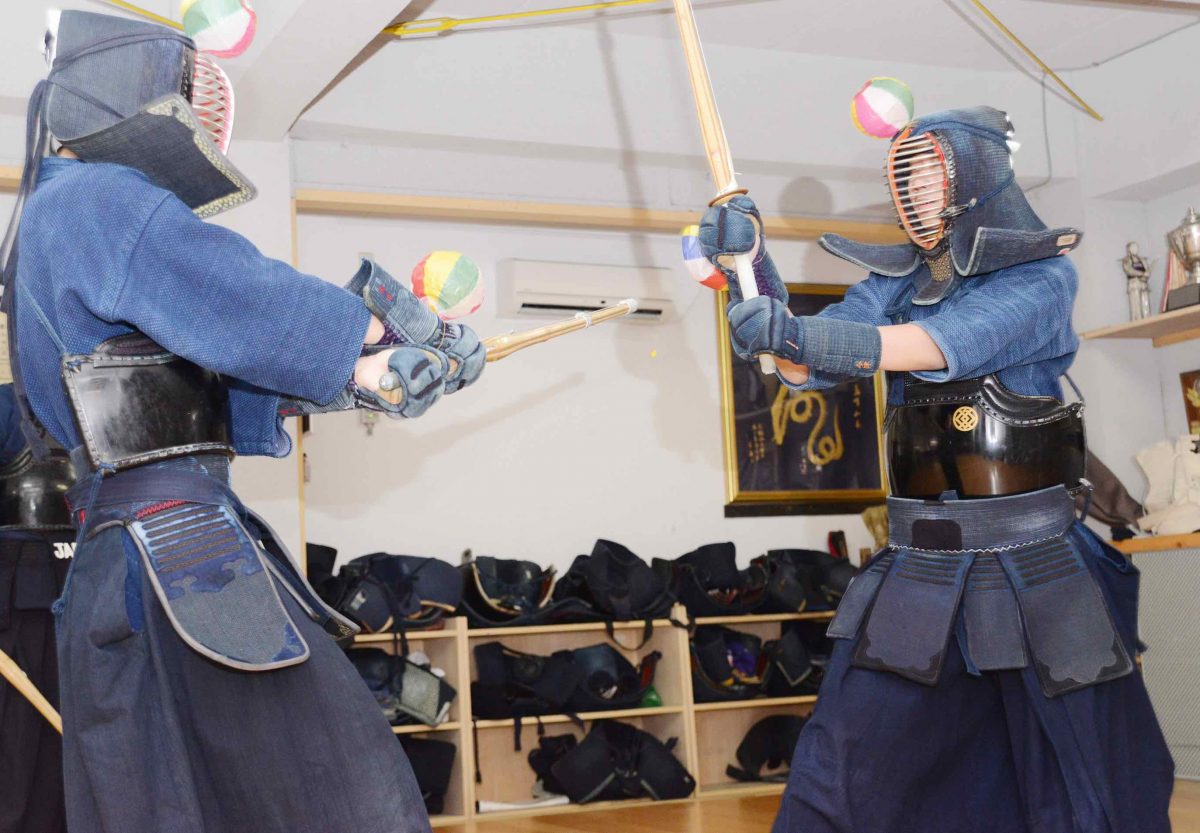 The first point is the advent of the Japanese sword. The Japanese sword that emerged in the middle of the 11th Century had a slightly arched blade with raised ridges. Its original model was presumably handled by a tribe that specialized in cavalry battles in northern Japan during the 9th century.Since then,this sword was used by the Samurai and production technology advanced rapidly during the period of early Samurai-government reign.In this manner,it is not an exaggeration to say that both its wielding techniques using Shinogi which produced the expression of Shinogi-wo-kezuru, engaging in fierce competition and the Japanese sword were Japanese born products.

After the Onin War occurred in the latter half of the Muromachi Era (1392-1573), Japan experienced anarchy for a hundred years.During this time, many schools of Kenjutsu were established. In 1543, firearms were brought to Tanegashima (Island located off the southern tip of Japan).The Japanese sword was made using the Tatarafuki casting method with high quality iron sand obtained from the riverbed. However, it did not take long before large quantities of firearms were made successfully using this high quality iron sand and the same casting method to produce swords. As a result, the heavy-armored battling style that prevailed up to then changed dramatically to a lighter hand-to-hand battling style. Actual battling experiences resulted in advanced development and specialization of sword-smithing as well as the establishment of more refined sword-handling techniques and skills that have been handed down to the present through the various schools such as the Shinkage-ryu and Itto-ryu.

Japan began to experience a relatively peaceful period from the beginning of the Edo Era (1603-1867). During this time, techniques of the Ken(the Japanese sword) were converted from techniques of killing people to one of developing the person through concepts such as the Katsunin-ken which included not only theories on strong swordsmanship, but also concepts of a disciplinary life-style of the Samurai. These ideas were compiled in books elaborating on the art of warfare in the early Edo Era. Many other books on theories of swordsmanship were published during the middle and latter half of the Edo Era. Many of these writings have become classics and influence many Kendo practitioners today.

What these publications tried to convey to the Samurai was how to live beyond death. These teachings were to be used for everyday life. The Samurai studied these books and teachings daily, lived an austere life, cultivated their minds, and devoted themselves to the refinement of Bujutsu,learned to differentiate between good and evil, and learned that in times of emergency they were ready to sacrifice their lives for their Han (clan) and feudal lord. In present day terms, they worked as bureaucrats and soldiers. The Bushido spirit that evolved during this time, developed during a peaceful 246 years of the Tokugawa period. Even after the collapse of the feudal system, this Bushido spirit lives on in the minds of the Japanese.